Together, we inspired new voters to vote this election cycle through cultural campaigning and targeted communications.

These voters may not have otherwise voted but were likely to vote for Democrats if they did. We then worked with experts and tested messaging to determine what would persuade these potential voters to turn out. We carried that messaging out across all our channels, including social media, videos, ads, art, and direct voter contact.

We created a culture of voting through our YOUR VOTE IS POWER campaign using celebrity partnerships, art, and creative content powered by research-tested messaging.

YOUR VOTE IS POWER was designed as a direct counter to disinformation campaigns telling high-potential voters that their votes don’t matter and won’t count and to reflect back to them their power as voters. We partnered with Amplifier to commission art in the form of posters, magnets, and stickers. ​ 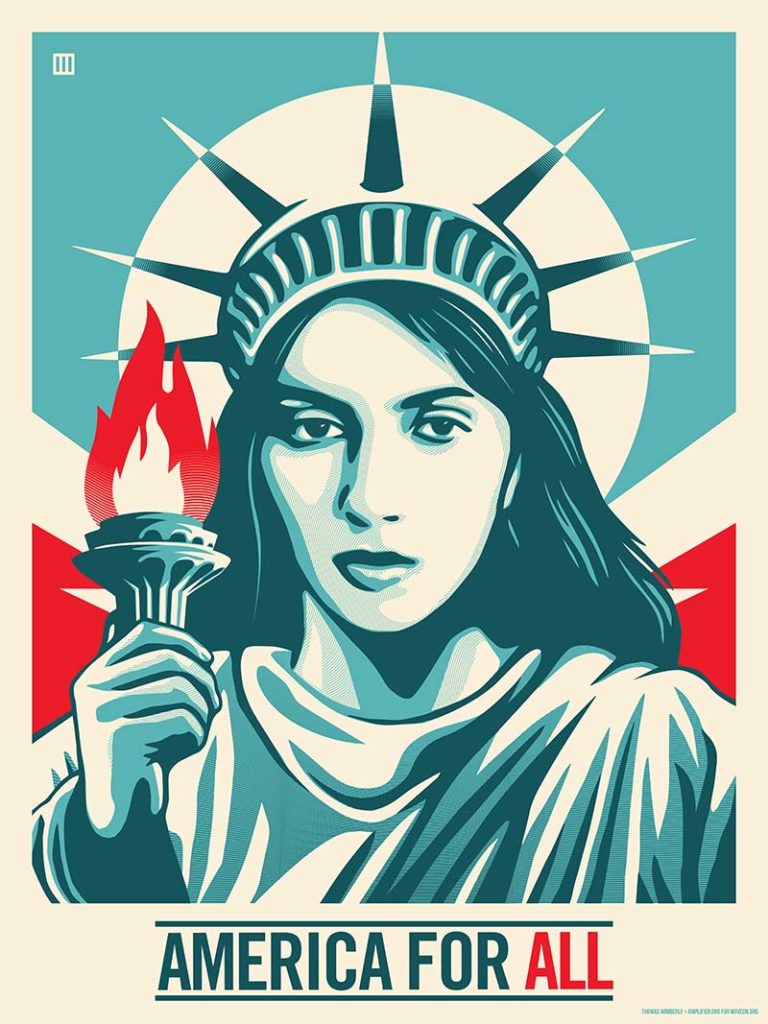 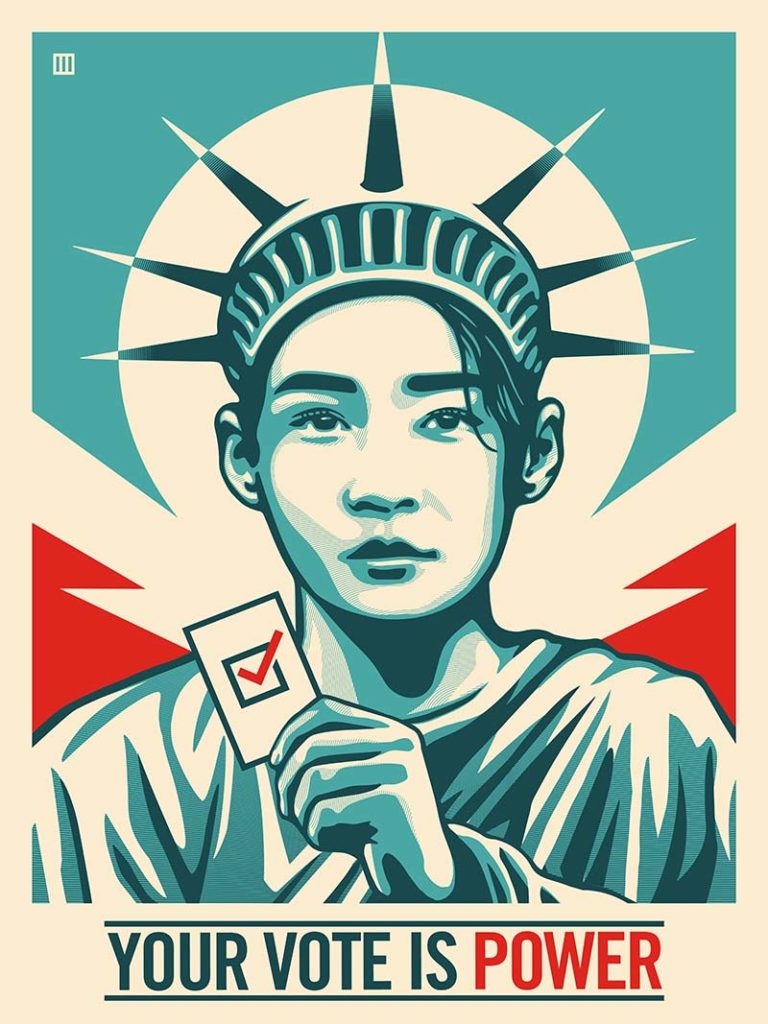 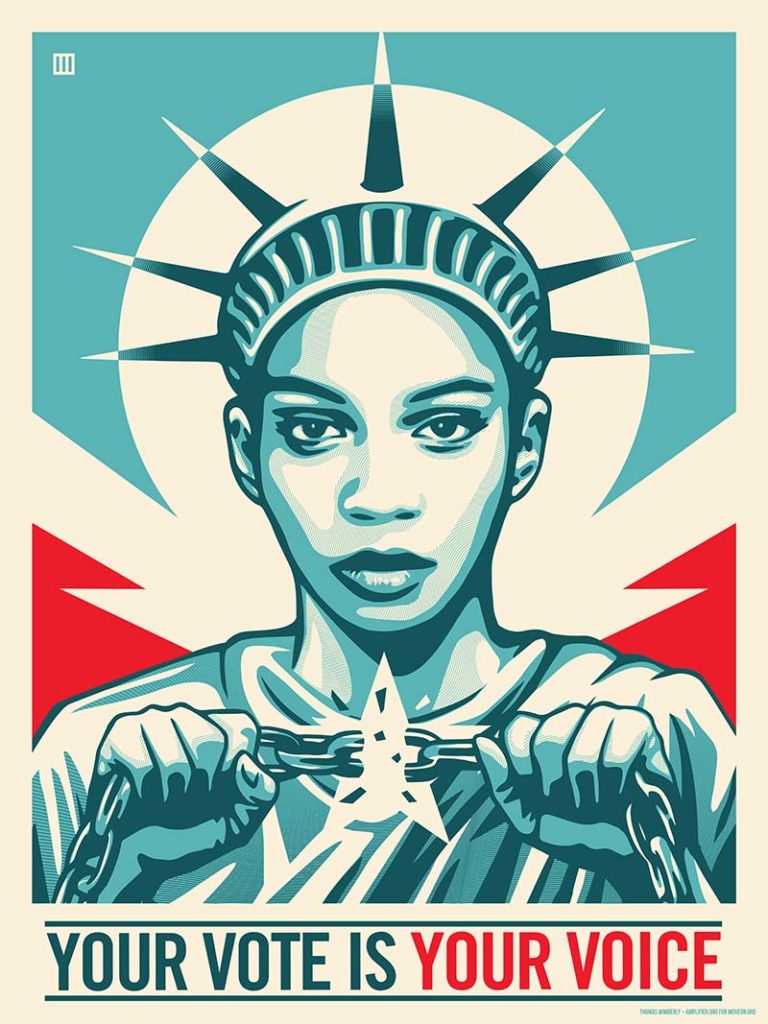 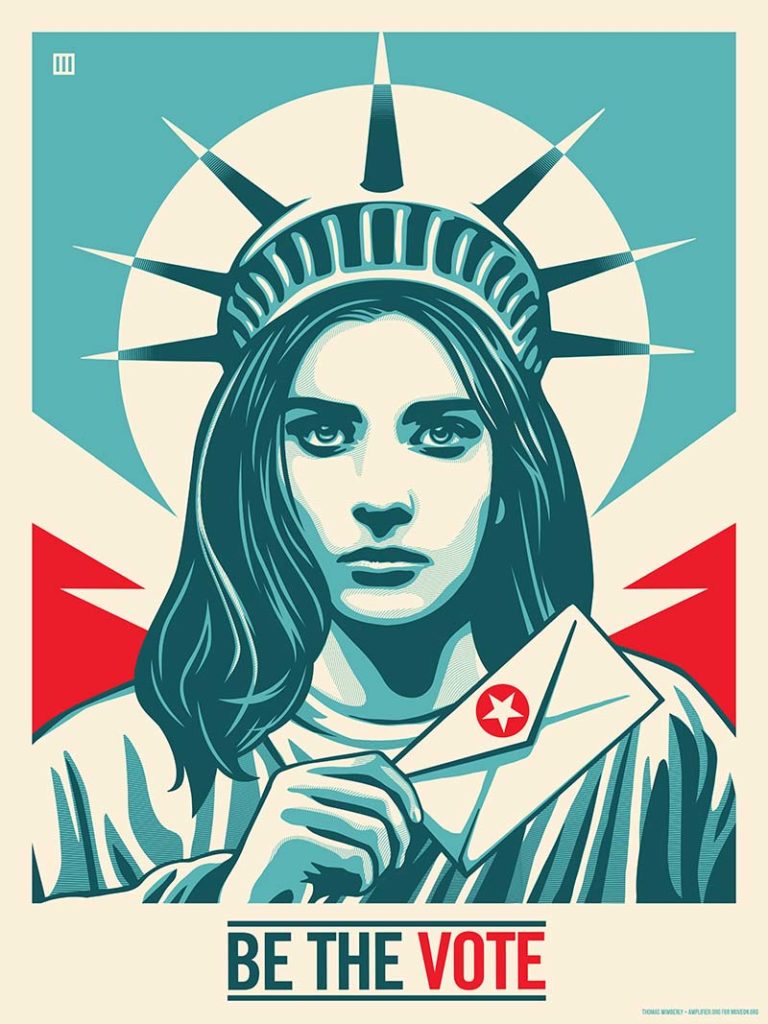 We collaborated with Into Action on GIFs and memes that generated over 600 million views, and we worked with Nail the Vote, a GOTV initiative with participation by celebs, including Kerry Washington, Ciara, and Demi Lovato.

Atlanta was blanketed with digital, mobile billboard, and transit ads, and we ran radio ads in Wisconsin and ads on the Black millennial podcast “The Read.” 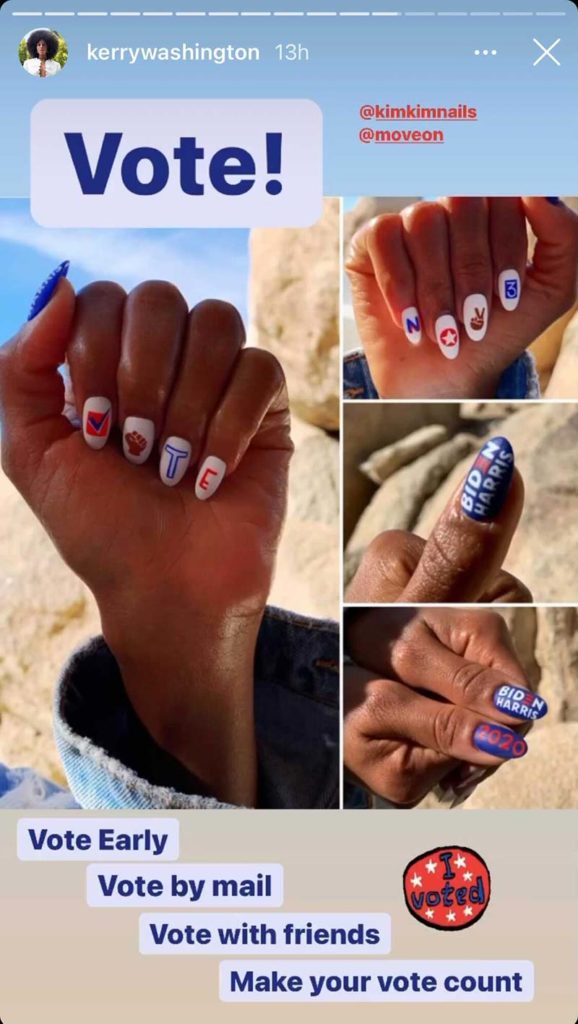 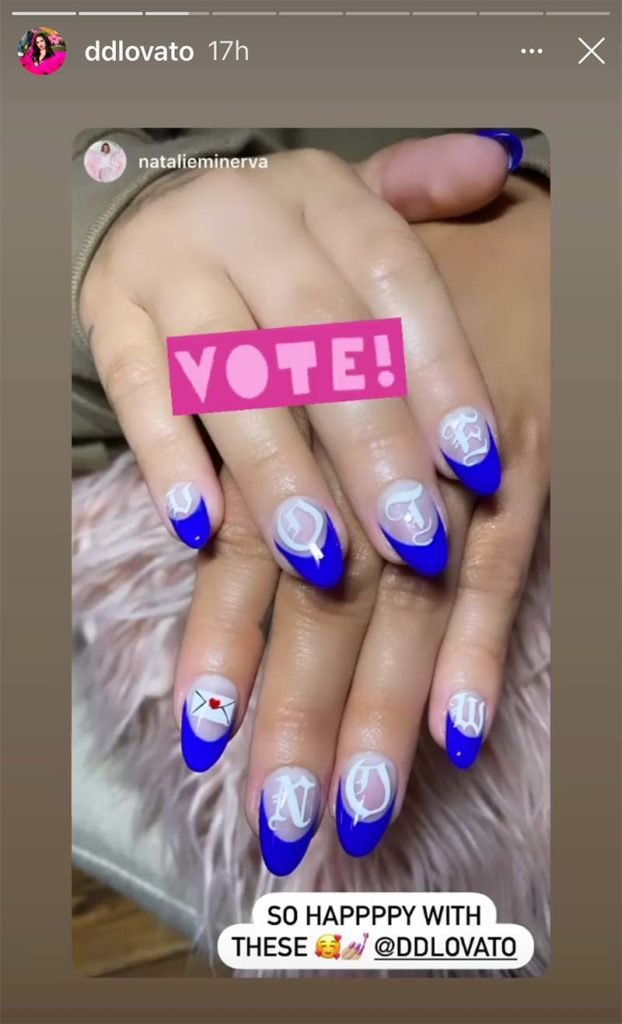 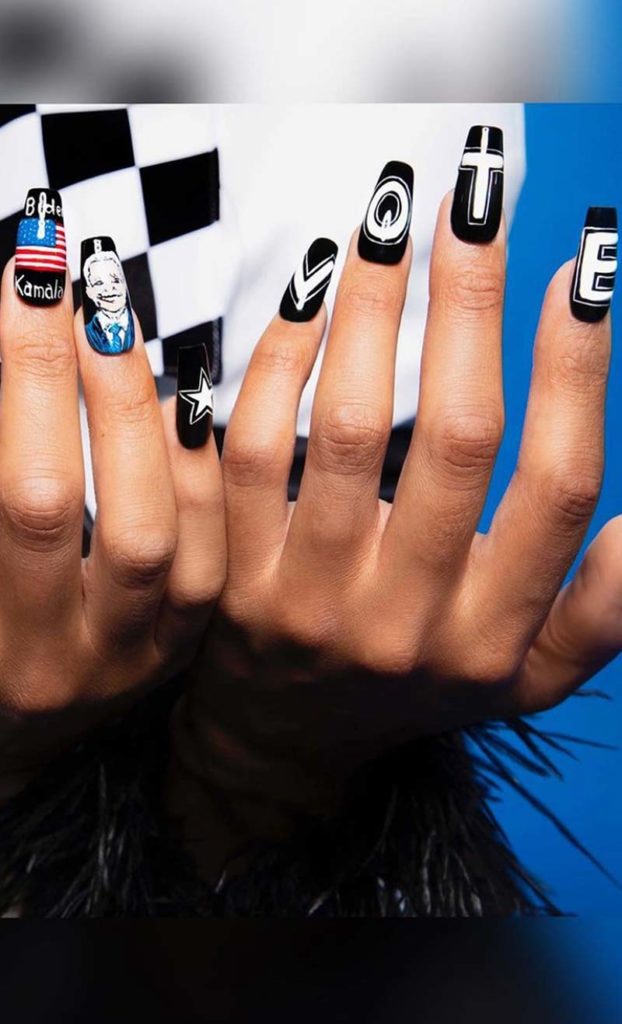 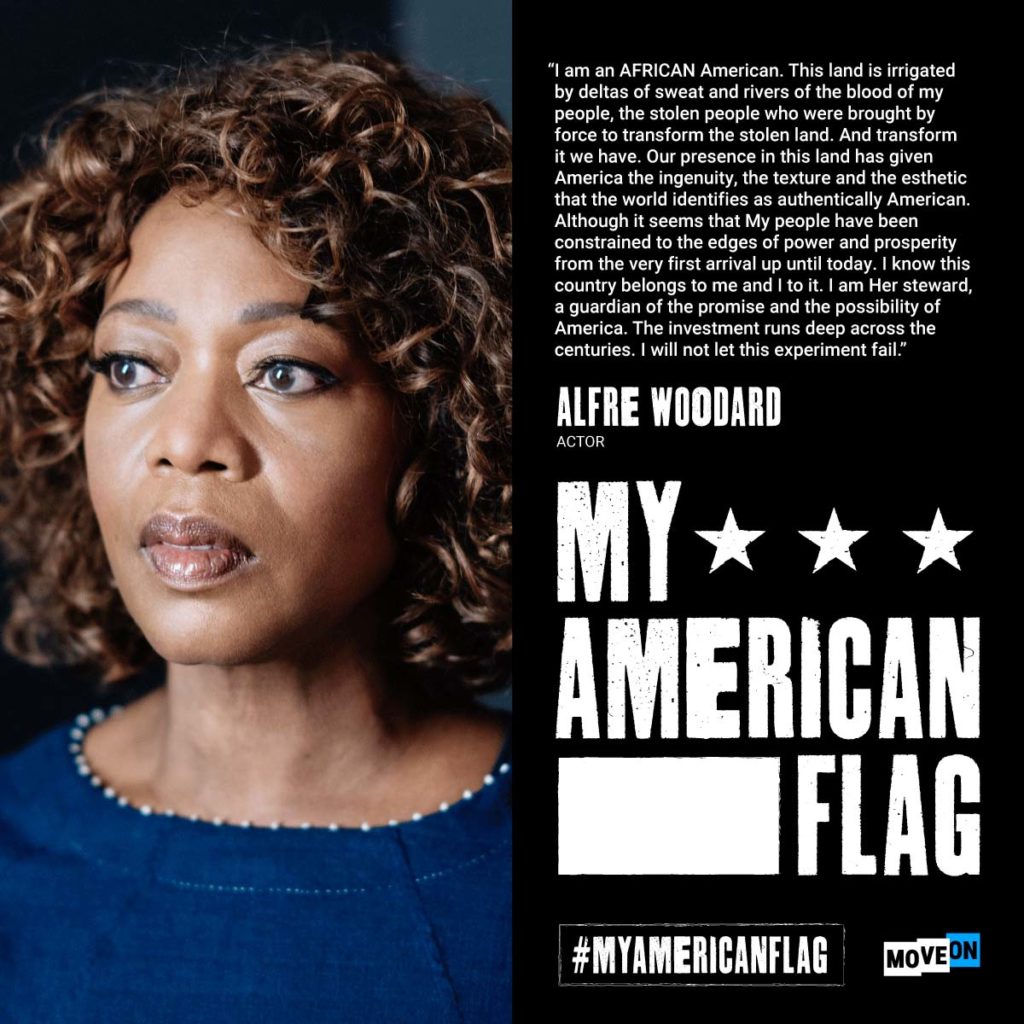 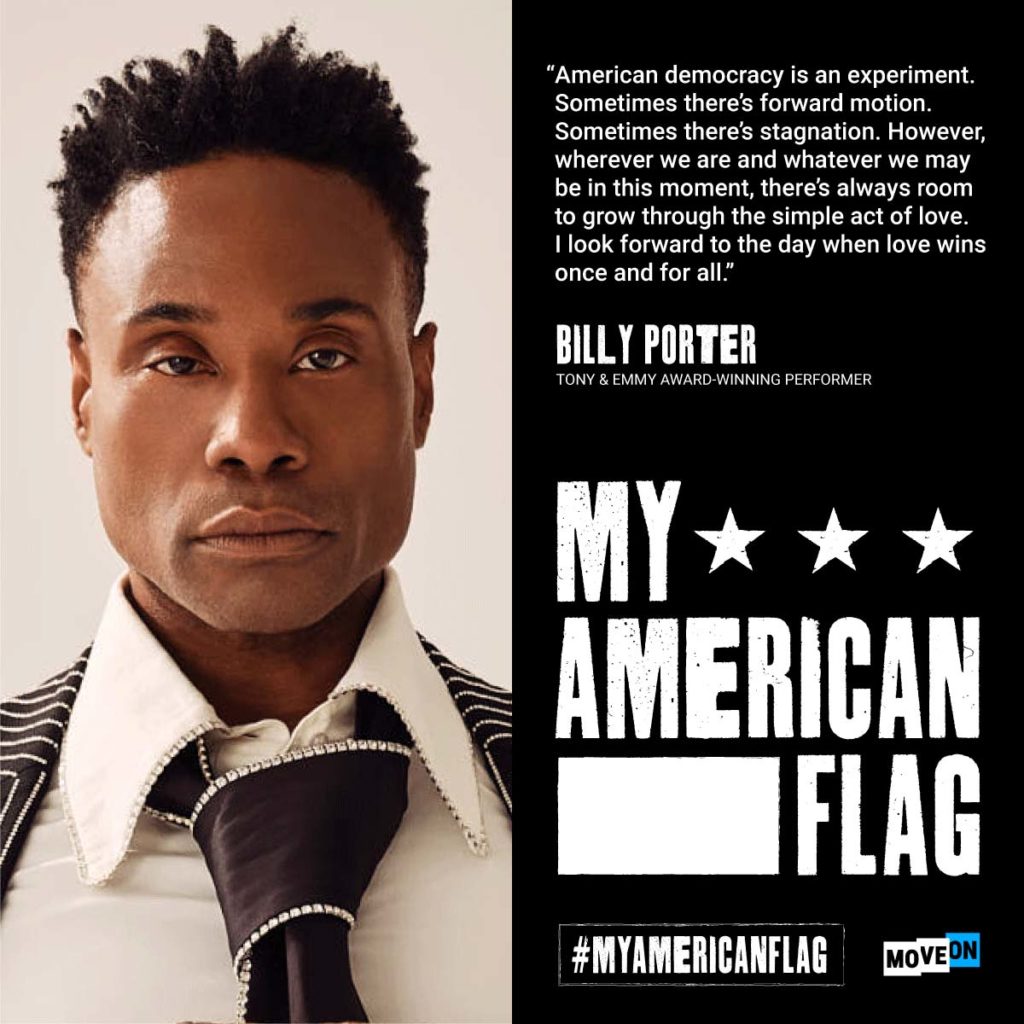 Our climate ad scored in the 99th percentile of all the ads the analytics firm Swayable tested this cycle for mobilizing voters under 35. Out of the nearly 600 videos they tested, ours was in the top 1% for mobilizing young voters! We served 49 million video ad impressions of these high-impact videos, targeted to POC voters under 35 in 17 battleground states.

More than 1.6 million viewers have gathered together to watch our livestreams and rally with us to get out the vote and uplift progressive candidates. Featured speakers included Senator Kamala Harris, Senator Elizabeth Warren, Representatives Ayanna Pressley and Pramila Jayapal, Mark Ruffalo, and the cast of “Hamilton.” Our “Politics and Flows” weekly livestream was another opportunity to hear directly from progressive champions, including Representatives Ilhan Omar and Sharice Davids, Stacey Abrams, Jaime Harrison, Jamaal Bowman, Cori Bush, and others.

Our innovations on the Twitch platform this election— livestreaming film screenings about voter suppression and having conversations about voting over video games—have garnered a slate of press in The New York Times, The Washington Post, the MIT Technology Review, Politico, CNN’s “MarketWatch,” Kotaku, Yahoo, and the “TODAY” show. MoveOn’s leading-edge tactics on Twitch set the stage for others to follow suit, including helping kick off one of the biggest GOTV rallies of the season, with over 400K livestream viewers.

OUR WORK
IS NOT DONE

We defeated Donald Trump in 2020, but our work is not over yet. Help power our campaigns to create transformative change in 2021.

MoveOn.org Civic Action is a 501(c)(4) organization which primarily focuses on nonpartisan education and advocacy on important national issues.

MoveOn.org Political Action is a federal political committee which primarily helps members elect candidates who reflect our values through a variety of activities aimed at influencing the outcome of the next election.

Paid for in part by MoveOn Political Action and MoveOn.org. Not authorized by any candidate or candidate’s committee.