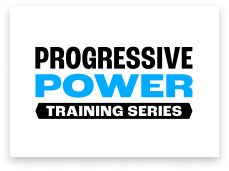 Republican extremists have been working for decades to overthrow Roe v. Wade, and their success may be closer than ever before. In early September 2021, the Supreme Court let Texas enact one of the most extreme abortion bans in the nation. The law bans abortion at six weeks, before most people even know they’re pregnant, and puts a $10,000 bounty on those who seek to help others receive the abortion care they need. This session focuses on Texas SB 8 and lookalike legislation in other states within the context of coordinated Republican extremist attacks on voting rights, trans rights, and the right to unionize; Dobbs v. Jackson Women’s Health Organization; the threat to Roe v. Wade; and why we need to expand the Supreme Court.

This opening event reviews the history of MoveOn and its standout moments over the years, the most consequential wins of 2020, and how MO members tip the balance for progressive wins in battleground states.

In state after state, the Republican Party has spent this year pushing laws that tighten ballot access for certain groups, and that make the system more vulnerable to partisan influences. There’s still work to do. This session focuses on historic context on voting rights and disenfranchisement in America through the Voting Rights Act of 1965, how modern disenfranchisement affects the composition of individual state legislatures, and the “must-haves” for Congress’s new bill.

It is so easy to get caught up in existential angst, but we can’t afford to! View this session to understand the political and organizing opportunities available to us in the fight for climate justice.

With the success of the Biden administration—$1,400 stimulus checks, increased unemployment insurance, greater subsidies for health care exchanges, and a child tax credit program—Democrats worry they’re failing to communicate such achievements to voters. This session goes over what’s been done so far, what’s still possible in Biden’s first term as of October 2022, and concrete, measurable calls to action.

No comments to show.